Top 10 things to do in Antrim and Belfast

Our Top 10 things to do in Co. Antrim

Belfast is a great place to visit with excellent shopping, lively restaurants and a wide selection of theatres, cinemas and pubs or if you'd like to escape from the city, why not visit the beautiful Antrim Coast and The Giant's Causeway, one of the regions most stunning sights, and only an hour's drive from the city. We have picked a great choice of activities and attractions that you can enjoy in Northern Ireland.

Belfast is a compact city and very easy to walk around however there is a hop on/hop off tour bus that will take you past and to all of the cities best attractions.

Opened in 1849 the fine façade of the main building, designed by Sir Charles Lanyon, conceals a quiet, restful quadrangle. This was the original Queen's College. Guided tours are available. The Queen's Welcome Centre on the campus is a Northern Ireland Tourist Board Local Information Office and serves as an information point for visitors and tourists, as well as offering a varied selection of souvenirs and gifts.

Located in the city centre and one of the most iconic buildings in Belfast, The City Hall first opened in August 1906 and is Belfast's civic building. Free tours are available. Led by an experienced guide, you can uncover the history of Belfast City Hall, while exploring some of its finest features. The east wing on the ground floor hosts a visitor exhibition, which can be accessed through its own dedicated reception area. The exhibition offers a journey from the city’s past to the present, showing the vibrancy and diversity of Belfast City Hall across 16+ separate rooms, and presented within the original architecture, you can explore the various rooms, pause for thought in the reflection space or take time out for refreshments in the coffee shop.

Titanic Belfast is the world's largest Titanic visitor experience and must-see attraction in Northern Ireland! Titanic Belfast tells the story of the Titanic, from her conception in  the early 1900s, through her construction and launch, to its maiden voyage and subsequent place in history. The self-guided tour extends over nine interpretive and interactive galleries, which explore the sights, sounds, smells and stories of RMS Titanic, as well as the city and people who made her. Complete your tour with a visit to the world’s last remaining White Star vessel and RMS Titanic’s original tender ship – SS Nomadic along with the slipways that housed Titanic and her sister ship Olympic.

Take a tour to experience all aspects of the Gaol from the tunnel linking the courthouse on the other side of the Crumlin Road to the hanging cell, Governor's office, hospital and Graveyard. Crumlin Road Gaol first opened its gates to prisoners in 1846 and for 150 years was a fully operational prison. During those years the Gaol has housed murderers, suffragettes and loyalist and republican prisoners. It has also witnessed births, deaths and marriages and has been the home to executions, escapes, hunger-strikes and riots.

Take a tour around Stormont Parliament Buildings and enjoy the beautiful surroundings of Stormont Estate. Built in 1921, it was designed to house the newly formed Government of Northern Ireland and was officially opened in 1932 by the then Prince of Wales, on behalf of King George V. The Parliament buildings are open to the public Monday to Friday. Visitors can take a free tour of the building and explore the beautiful surroundings of the Stormont Estate. After your visit you can relax in the coffee shop or browse the gift store.

The WhoWhatWhereWhenWhy Interactive discovery centre is ideal for all the family. An amazing place to visit for adults and children alike! The purpose-built interactive discovery centre is located at the SSE complex in the heart of Belfast. The centre has amazing interactive exhibits, which offer fantastic fun for all the family. Visitors can immerse themselves in W5’s new technological space, scale the heights on the multi-storey climbing structure, meet W5’s humanoid robot and so much more. In addition to permanent exhibits, W5 also presents a changing programme of temporary exhibitions and events. Visitors can also enjoy a daily programme of live science demonstrations and shows throughout the day.

Belfast is the gateway to the spectacular Antrim coastline which features the world renowned Giant's Causeway - just over an hour's drive away. The world famous Giants Causeway comprises around 40,000 thousands of mostly hexagonal basalt columns descending gently into the sea. There are two theories to the creation. Was it formed through the rapid cooling of lava from an underwater volcano, or, as legend has it, created by the mythical Irish Giant Finn MacCool?

Experience pulse-pounding excitement and stunning views along Northern Ireland's epic cliff path. Hanging from basalt cliffs directly over the Irish Sea, The Gobbins cliff path is an Edwardian labour of love. Designed by a railway engineer in 1902, The Gobbins closed in 1954 when the depression of the 1930s and lack of materials post-World War II caught up with this one-of-a-kind visitor experience. But after extensive renovations, The Gobbins opened again, and is now a popular stop along the stunning Causeway Coastal Route.

The rope bridge has woven its way between Carrick Island and the County Antrim mainland across the Atlantic Ocean, suspended almost 100 ft (30 m) above sea level, the rope bridge was first erected by salmon fisherman nearly 300 years ago.  Brave the exhilarating experience by crossing the Carrick-a-Rede Rope Bridge high above the water and open to the elements – feel the creak of wooden slats in the rushing wind. 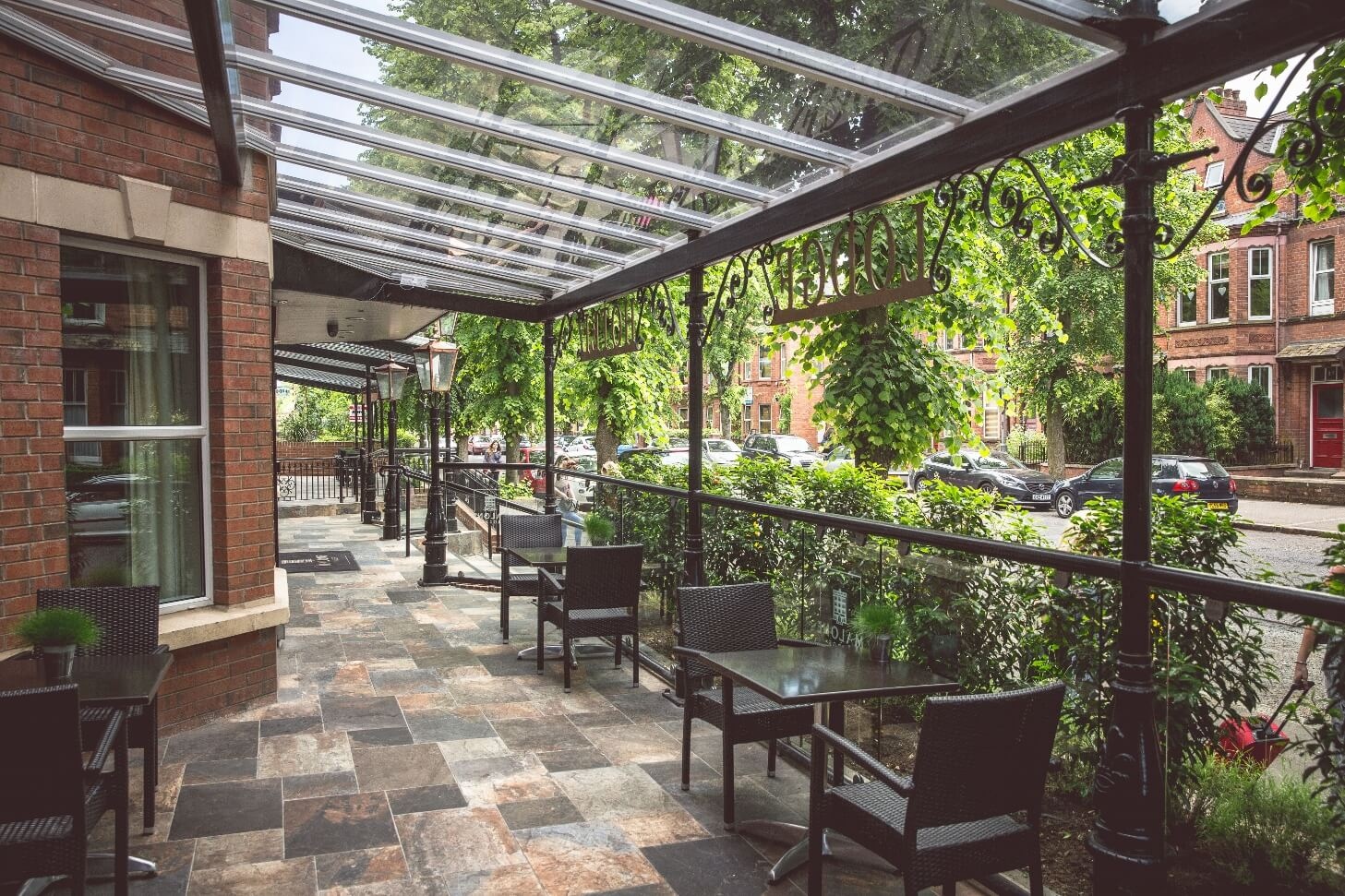 Previous All Articles Next

Free Cancellation Up to 24hrs prior arrival on most rates