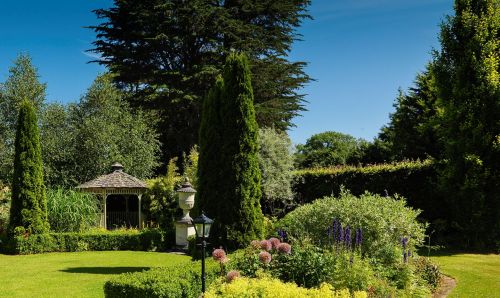 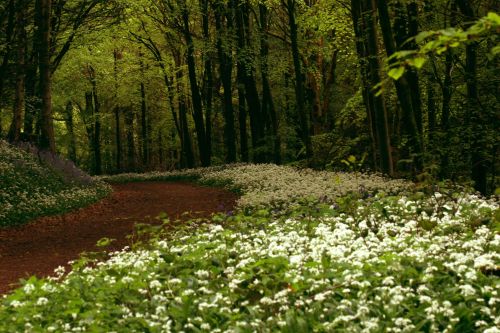 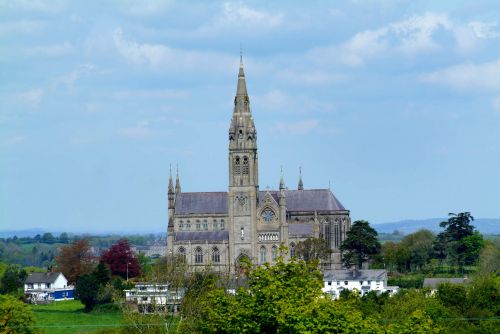 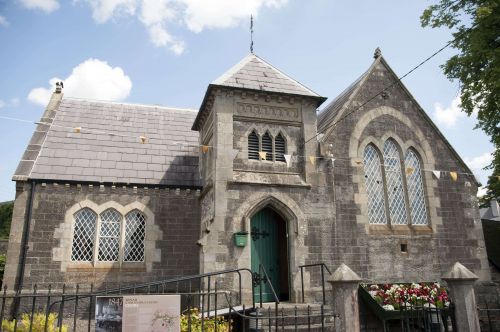 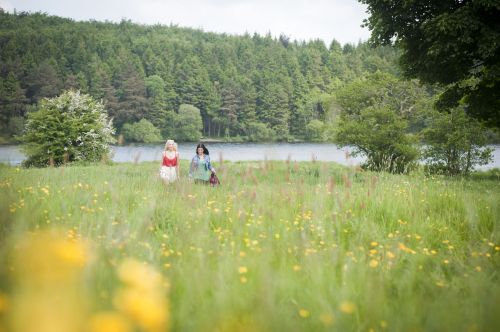 Home to Lough Muckno, a world-class centre for angling and wakeboarding; Clones Lace and Carrickmacross Lace, an exquisite technique that has been used in royal wedding dresses over many centuries. With round towers, historic houses and the drumlin-dotted landscape which inspired the poems of Patrick Kavanagh it’s a great location for a hotel break. There is lots to see and do including:

The sweeping lands that comprise Rossmore Forest Park was formerly part of the barony of Rossmore. A castle was constructed in 1827 with various extensions being added over the years. Today, a special feature of the park is the rhododendron and azalea display, which is at its colourful best in early summer. While here, look out for otters, badgers, foxes, hedgehogs and even pigmy shrew.

Annaginny Farm Park is a lovely family ran business, with an exciting range of animals.  The park is home to everything from little Goats to large fish Aquariums. Let your little ones bounce around like the Wallabies and try run as fast as an Emu. There’re so many other animals for you to meet, you’ll be spoilt for choice.

This picturesque park is set on 900 acres of wooded terrain. The two wooded islands both Black and White Island have excellent activities such as orienteering, nature walks/trails, water skiing and wakeboard club, coarse fishing, peace garden and picnic areas.

Established by chocolatier Trish Murphy-Thom, The Glaslough Chocolate Company is located right in our very own quaint and beautiful historic village of Glaslough. The delicious chocolates are handmade in small batches using the best quality Belgian chocolate and the finest local cream and quality ingredients. Made using only natural flavours and ingredients, each chocolate is lovingly crafted so that you can experience just a tiny bite of heaven

Clay is a fantastic medium to express yourself and it’s also great fun. Here, you can share the owner’s passion for clay by visiting her delightful pottery studio. You can also become a potter and learn something brand new. Whatever age you are, this is a great way to spend a day with family and friends.

The heritage trail in the old garrison town of Carrickmacross takes 35-40 minutes to walk and is the perfect opportunity to get under the skin of this Co. Monaghan crossroads.

Carrickmacross was developed around a castle built by the Earl of Essex in 1630 (the convent of the St. Louis Nunsstands on the originalsite). One of the moststriking buildings in thetown today is St. Joseph’s, a Roman Catholic Church dating from 1866. Inside, you’ll find ten stained-glass windows designed by Ireland’s master of the art, Harry Clarke. Along with St. Joseph’s, other sites of note include the ruins of the historic Magheross Church, St. Finbar’s (Church of Ireland), the Famine Graveyard, Courthouse & Toll House.

The internationally renowned Carrickmacross Lace was first established in the 1820’s by a Mrs Grey Porter, wife of the Rector of Donaghmoyne. It went into decline in the 1840’s but was revived by a Miss Read, who had also opened a lace-making factory in nearby Cullaville. This survived until the end of the 19th century. Tristram Kennedy of the Bath estate had meanwhile established a lace-making school in Carrickmacross but this also declined, only to be revived yet again, this time by the Sisters of St Louis who had established a convent in the town. This cottage industry has since flourished and one of its recent great achievements was being featured on the late Princess Diana’s wedding dress.

The Cassandra Hand Folk & Famine Centre is located in the old Round Tower School situated in the historic town of Clones, Co. Monaghan, and was built in 1859 by Cassandra Hand with proceeds from Clones Lace. Clones Lace was a famine relief initiative introduced by Cassandra after she arrived in Clones in 1847 during the worst years of the Great Famine.

With the beautiful image of Clones Round Tower visible through the classroom windows to the front, the remains of Clones Abbey on one side and the remains of a Norman Motte and Bailey on the other, the Folk and Famine Centre is centrally located as a stopping point to explore the town. An exhibition about the Famine in Clones is on permanent display and is being continually added to.

Clones Town (Cluain Eois) began as a monastic settlement c. 500 when St Tiernach founded his monastery there and this was the most important site in Monaghan for centuries afterwards. The tower, cross and church all belong to this period of Clones’ history.

The Round Tower is 75 feet with square headed doors and windows. Nearby is a shrine known as ‘St Tiernach’s shrine’ which is carved out of stone.

The Cross is in two parts which did not belong together originally. One side depicts the sacrifice of Isaac, Daniel in the lions’ Den and Adam and Eve. The opposite side features the multiplication of the loaves and fishes, the wedding feast at Cana and the adoration of the Magi. The other sides are decorated with geometric symbols. The cross is believed to originate from the 9th century.

Carrickmacross Workhouse was built in 1841 to house the poor and is now restored into a Community Resource, Training and Heritage Centre by Farney Community Development Group Ltd., containing the original Children's Dormitory, with Mass Famine Graves on-site.

One of 130 Workhouses built between 1841 and 1843, Carrickmacross Workhouse was built to house 500, however by 1851, nearly 2,000 men, women and children were crammed into the building. Due to the large numbers of children in Workhouses, many who were orphaned by The Great Hunger, between 1848 and 1850, 4,112 girls between the ages of 14 and 18 were emigrated from Irish Workhouses to Australia as wives and servants of the settlers and convicts there.